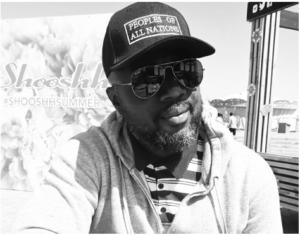 London based DJ Charlie Wilson has an insatiable appetite and passion for real house music with deep soulful grooves, with future plans for production within these genres of house music.

Charlie has previously DJ’d at some of London’s top club locations such as Plan B, Bagleys & EGG to name a few.
His musical journey started at an early age way back in 1988 at a small club in Worcester Park (Surrey) named Cagney’s where he and a friend started weekly house nights called Fantazia. These nights were a regular success for over two years.

During this period Charlie was also to grace the decks for promoters at various south London venues, including the well known and loved Ziggy’s club in Streatham where he was lucky enough to have been on the same line up alongside UK house legends and peers like Trevor Rockliffe, Trevor Fung & Carl Cox.
And for a number of years he has been hosting his Expressions Of House show via internet radio streams.

Charlie has house music in his blood and feels the need to be playing at venues and via radio.

This is the blog sidebar (widget area). Please go to Appearance → Widgets to add content to this area