In Conversation with Michael Gray

Michael Gray is a hugely respected British DJ renowned within the dance, disco, club and house music scene with his long spanning career as an accomplished producer, DJ and remixer.  He has celebrated Grammy nomination success as Full Intention alongside fellow remixer, Jon Pearn.

As a solo artist, Gray has experienced worldwide success with his huge 2004 single ‘The Weekend’ with UK vocalist Shena. Heavily supported by Pete Tong and UK radio, The Weekend’ gained huge chart success in the UK, reaching an incredible number 7 in the UK Charts. Not only this, but the indisputable feel-good track made the number 1 spot on the Australian ARIA club charts.

Grays most recent release, You Make Me Feel (Mighty Real) released on his record label Sultra is another dance floor filling remix, we caught up with Gray last week to chat about his latest release, producing music in 2019 and his new label Sultra.

When producing a hit track in 2019, what differences have you found in comparison to when you started in the game twenty years ago?

“Its quicker to put together and to be able to save the track you are working on and go back to at a later date. 20 Years ago, you would have to remember all the mix settings on a large desk. I can now work in my studio or on the train! However, I enjoy it just as much now than I did when I started, perhaps even more.”

As well as new music, you’ve also set up your own record label called Sultra, which is 6 months old now, what was the push to do this?

“I wanted to start a label just to release contemporary Disco & House songs I had written and produced and could own as well. Also, to license records to remix such as Sylvester – You make me feel (mighty real).”

“Loads of new productions on Sultra & Midnight Riot. My Remix of Mahogany – Ride on the Rhythm & Raw Silk – Just in Time on West End / BMG, a remix of Debbie Jacobs – Don’t you want my love (this one with my Full Intention partner Jon Pearn) and my new monthly show starting in July on Mi-House Radio!”

If you’d like to see Gray live this summer, you can catch him at the following events: 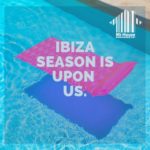 Ibiza Season is Upon Us 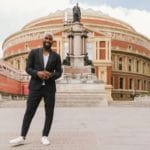